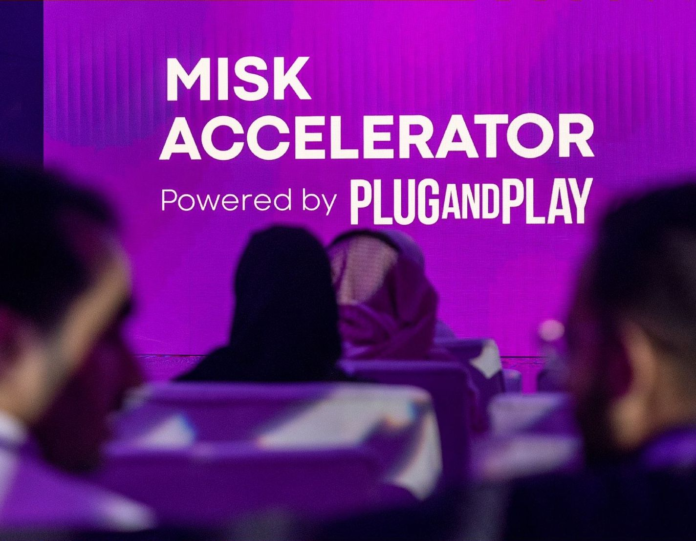 Silicon Valley’s Plug and Play, the largest innovation platform in the world that aims to support local talent and startups while sourcing innovation for its partners, has recently completed the first year of its journey in Saudi Arabia with a number of accomplishments. The global innovation giant has accelerated the growth and expansion of more than 90 promising local and regional startups thus far in the Kingdom, by providing them with mentorship, support to get funded and all that it takes to secure business development opportunities. Plug and Play also assisted in the creation of more than 450 highly skilled jobs through Misk Accelerator startups.

Plug and Play acts as a catalyst for the innovation and technology scene through the establishment of a unique local ecosystem that connects leading Saudi organizations with the brightest startups, keeping all sides at the forefront of industry trends. Aligned with the Kingdom’s ambitious Vision 2030 national transformation goals, Plug and Play bridges the gap between Silicon Valley and Saudi Arabia, and promotes bold projects and ideas that make a bigger impact, with actual economic value.

Misk Accelerator powered by Plug and Play rapidly established itself as one of the Middle East’s leading and most renowned accelerators. The program targets seed-stage tech startups operating in or expanding into the Saudi market, with the goal of placing them on a rapid growth trajectory through an intensive training program that offers a hybrid experience (in-person and virtual) and several training modules, such as business strategy, product development, growth hacking, pitching, and fundraising. After three successful cohorts, Misk Accelerator has propelled the growth of more than 60 top-tier startups, which have raised more than $75 million in funding.

In addition, Plug and Play embarked on a fascinating chapter with the launch of the first-of-its-kind “T5 Accelerator” program focusing on smart cities, in partnership with the Saudi Data and AI Authority. Utilizing its worldwide expertise, the Plug and Play team successfully identified the most innovative startups with the highest growth potential. To date, the 12 handpicked startups who participated in and graduated from the program have accumulated almost $30 million in funding.

Henrik Peter Bærentsen, director at Plug and Play Saudi Arabia, said: “We are thrilled, grateful, and honored to have received such a positive welcome from leading Saudi corporations, government agencies and entities, and venture capitalists. The nation has such an abundance of energy and potential, and Plug and Play is committed to supporting and enabling the growth of local startups and talent, here in the Kingdom and beyond. We are confident about 2023 and eager to launch exciting new initiatives that will touch on even more aspects of Saudi Arabia’s aspiring Vision 2030.”

“We want to play a vital role in supporting the expansion and transformation of the Saudi economy by assisting more businesses to scale and thrive,” added Abdullah Al-Akeel, director of Plug and Play Saudi Arabia. “At Plug and Play, we strive to build an ecosystem of change-makers who will push the Kingdom’s economy faster and more resiliently toward our leadership’s Vision 2030 goals. Thus, we will continue to support the best-of-breed tech startups, whether early-stage or advanced, by providing them with all of the training, resources and tools they need to accelerate their growth and expand in the Kingdom.”

After all, this year Saudi Arabia is expected to be one of the world’s fastest-growing economies, which pushes our ambitions higher.”

In 2023, Plug and Play aims to make an even greater impact in the Kingdom. The Silicon Valley-based platform is preparing to launch a new program in collaboration with MCIT, the second cohort of its NCA program, and the fourth cohort of the hugely successful Misk Accelerator.